On 5th June 1937 the Mayor of Bromley (Cllr. E J Bettson) formally opened Hayes Council School, George Lane, Hayes, Kent. It was designed to accommodate up to 400 pupils, and started with a roll of 248 under the headship of Miss Dorothea Page. 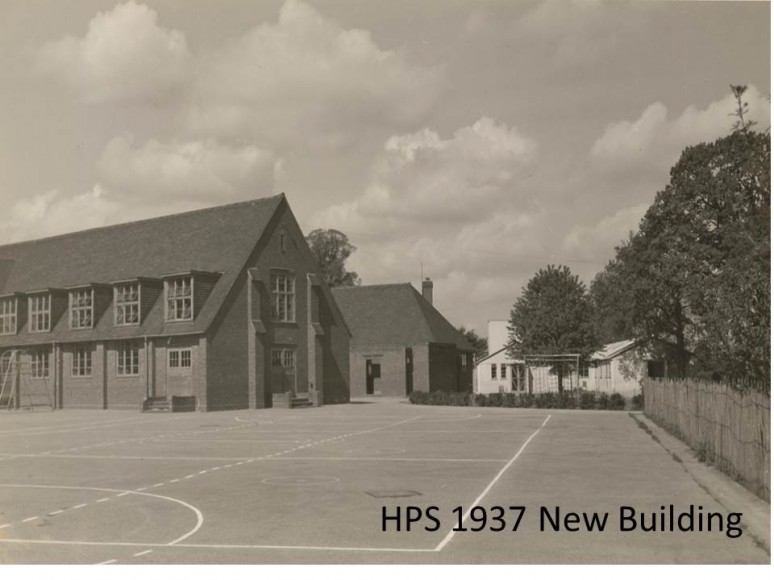 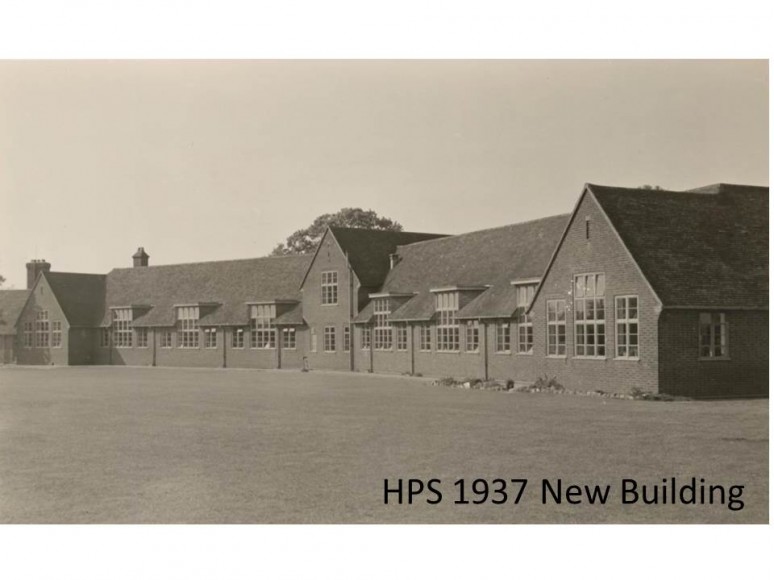 Within two years World War II broke out. Numbers had grown each year and Miss Page had to make the unenviable decision: whether to keep the school open. She was also faced with new problems, which included the building of two brick air-raid shelters, the continuous checking of gas masks and families coping with fathers’ enlisting.

From August 1940 until January 1941 lessons had to be taught in the shelters, as there were air raids almost every day. Two bomb blasts in September and October 1941 caused some damage to the school.

Flying bombs were the new menace and a decision was made to evacuate 119 Hayes pupils. Lessons continued for the remaining pupils and when the threat of further attacks receded in the Autumn, the evacuees started to return.

With pupil numbers still increasing, the top two classes were moved to Gadsden, a Victorian house owned by the Kent Education Authority set in large grounds a short walk from George Lane. Gadsden is today part of Hayes School. Miss Nellie Barnes and Miss Doris Kiely were responsible for teaching the older junior children in Gadsden. After the war pupil numbers continued to grow and in 1950 there were 563 children in 17 classes. There were seven classes in Gadsden including one using the squash court! It was calculated that using all possible rooms at both George Lane and Gadsden a maximum number of 745 pupils could be taught. By July of that year 790 children were on the school role! 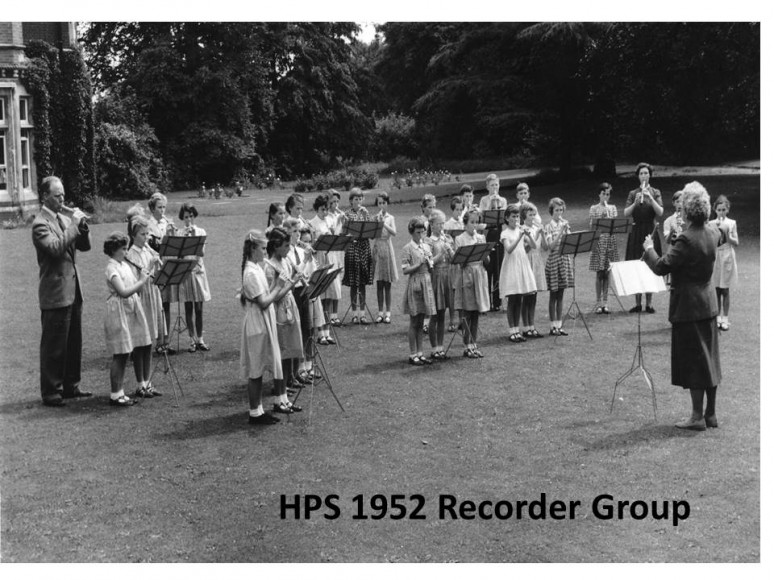 Miss P Furse became Headmistress in January 1953. As other local schools opened, the older classes were able to leave Gadsden and return to the main building in George Lane in 1956. By 1960 there were 310 pupils in 10 classes – a much more reasonable number of pupils to cope with.

Miss Barnes retired in 1966 after 39 years service and three years later Miss Kiely retired after 40 years along with Miss Furse.

With pupil numbers of around 400 Miss Muriel Pearson became Head in 1970. As an author of short stories Miss Pearson was keen on children free reading as many books as possible. Under her guidance a school library was built. This period saw the founding of the HPS Parent Association – originally organised by the Headmistress as a voluntary group of parental helpers, it rapidly developed into a fund raising organisation for new equipment and resources. Miss Pearson retired in 1982.

Mr Jim Mercer became Head. His first impressions of the school were the welcoming atmosphere of a co-operative school community and the expanse of green belt land surrounding the school along with the open space on the field available for Hayes Primary pupils to use daily. Computers were introduced and a greater emphasis on science encouraged in the curriculum.

The school celebrated its Golden Jubilee with an historical exhibition. A tree was planted to commemorate this event and it survived the hurricane in October of the same year. Other trees on the site planted to celebrate the school’s 21st Anniversary did not survive but thankfully there was little structural damage to the school building.

Mr Mercer left Hayes Primary School in December 1987 and was replaced by Mr Neville Belton. Mr Belton stayed at the school for eight years and during this time the school became Grant Maintained and introduced the statutory requirement of SATs, taken by pupils at the end of Year 2 and Year 6.

Mr Tony Hayes became Headmaster. At this time there were 390 pupils in 13 classes, using some mobile classrooms. With pupil numbers rapidly expanding ambitious plans were made to extend the school to three-form entry. Twelve classrooms, a large new hall, large staff room, Head teacher’s office and new toilet facilities were joined to the original 1930’s building, through a “link corridor” extending from the old Head Teachers study. The old hall was also extended to provide a kitchen at the rear allowing the hall to be used at lunchtime as a canteen.

The new building was opened in 2001. At the same time a large section of the school field was fenced-in to provide a wild garden area with a large pond for pupils to enjoy. The Millennium Garden today is home to many wild plant species and is a breeding area for birds and other small animals.

The school celebrated its 70th Anniversary with a photographic exhibition attended by over 1000 visitors, and a week of celebratory events including a pageant with each year group representing a decade of the school’s history.

Dr Hayes retired in December 2008 and was succeeded by Mrs Jo Brinkley in September 2009.

A breakfast club was launched in September 2010, and an afterschool club was hosted from September 2011 with HPS staff running it from 2 years later.

Today the school continues to flourish. It is extremely popular with parents, children and staff and continues to be a key part of the community of Hayes. Changes continue to take place each year to develop the school, such as the building of the Music Hub.

The Parents’ Association (now the PTA) is still very important too and has raised incrediable amounts of money to fund additional facilities to benefit all HPS pupils.

Hayes Primary School remains one of the most over-subscribed schools in the Borough. Today it has approximately 640 pupils.